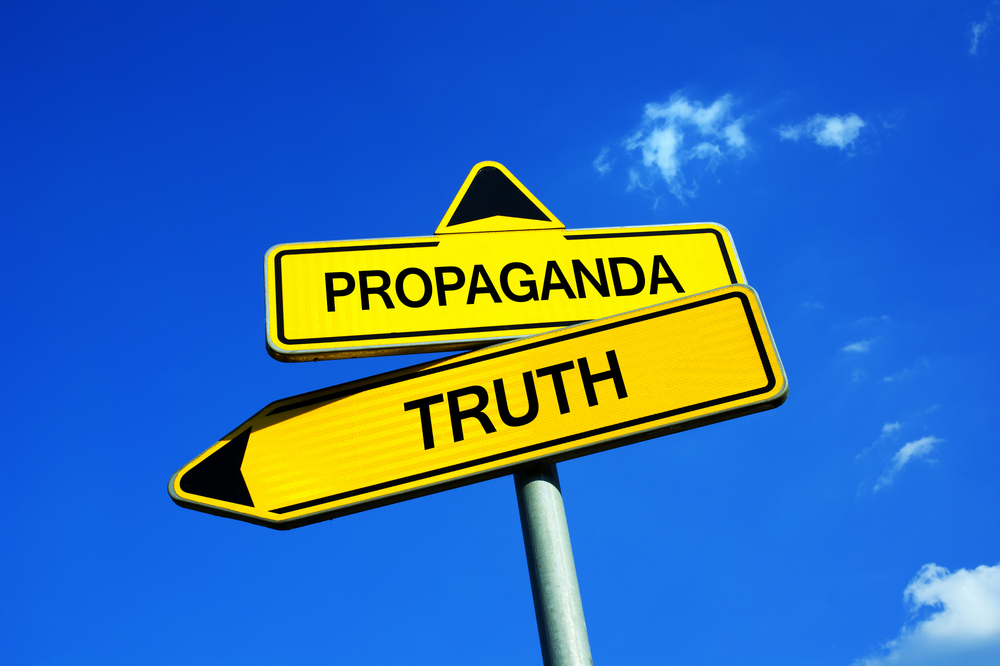 “Sadly, this is nothing more than thinly veiled vegan-propaganda with a prescribed agenda that fails to give even a cursory glance to the ocean preservation activities being undertaken across the globe and the sustainable commercial fishing countries like Australia,” SIA CEO Veronica Papacosta said.

“A play on the word ‘conspiracy’, the film is billed as a comprehensive expose on the seafood industry, covering everything from overfishing, by-catch and shark finning to human trafficking. It is not.

“Producer Kip Andersen is the same man behind Cowspiracy and What The Health?, two unabashedly vegan activist productions that push audiences to stop eating meat, and Seaspiracy is more of the same.

“Being a vegan or an environmental champion are life choices, however the two are not reliant on one another. However, hijacking a lifestyle through the disguise of a ‘documentary’ while disingenuously targeting an industry that provides billions of healthy meals, employment and food security is an unacceptable and dishonest attack.

“While we acknowledge that internationally there are some fisheries that are not as well managed as our own, broad sweeping remarks that lump the commercial fishing industry together as one global entity are not only incorrect, but undermine and damage the countries, like Australia, and fisheries who are at the forefront of sustainability and technological advancements in leading other nations in how to do better.

“Australia’s commercial fishers adhere to extremely strict regulations and monitoring to ensure we maintain healthy stocks and act in accordance with the law. There are prescriptive management plans, quotas and licences in place controlling what can be caught, where, when and how. We don’t, we can’t and we wouldn’t want to just go out and catch as much as we possibly can.

“Australia’s commercial fisheries are some of the best managed in the world. For the seventh consecutive year, the Australian Bureau of Agricultural and Resource Economics and Sciences (ABARES) endorsed the sustainability of Australia’s Commonwealth-managed fisheries. This is something our fishers are very proud of, and is unprecedented internationally. The footprint of Australia’s trawlers is one of the smallest in the world. While our aquaculture sector provides fresh, high-quality seafood, year-round. Australian seafood is one of the best managed and most sustainable protein sources in the world.

“The broad-stroke statements made in the film unjustly damages the livelihood, reputation and hard work of tens of thousands of hard working Australians, and have documented and broad reaching impacts on the mental health of our sector.

“Unfortunately, the film appears to hero the age old adage that ‘if it bleeds it leads’. The film is full of doom and gloom, and pedals inaccuracies backed up by interviews with well known anti-fishing activists. The bias and charged agenda of the film is evident from the film’s very inception and planning, despite Tabrizi’s scripted revelations.

“This is sentiment not only attached to industry, who we appreciate can be hard to be seen as neutral in these matters, but by the New York Times whose review said ‘The film’s notable points seem to emerge only briefly before sinking beneath the surface, lost in a sea of murky conspiratorial thinking’, ReadySteadyCut.com called the film ‘constantly irritating’ and called it a ‘scripted’ attempt to garner public outcry and sympathy, while The Progressive, an outlet you would expect to support the film is decidedly lukewarm in its review. It notes parts of the film are manipulative and pushes Tabizi’s profile rather than presenting any policy changes or ideas.

“The concern with these slickly produced propaganda pieces which masquerade as ‘documentaries’ is that audiences will not recognise the film’s true agenda. Despite the artistic aerial shots, exciting albeit hyperbolic cloak-and-dagger scenes, the stirring action-movie-like sound track, and well timed emotional breakdowns, there is little concern Seaspiracy will be mistaken for anything but a vegan indoctrination movie.

“The film begins by suggesting, without evidence, that fisheries bycatch is an issue “governments [have] practically given up on enforcing.” In Australia, both the government and commercial industry are greatly invested in reducing bycatch. Infact, in 2014 the Northern Prawn Fishery set an ambitious goal to reduce bycatch by 30%, by 2019 the fishery had successfully reduced bycatch by close to 50 per cent using their purpose built device, known as Tom’s fisheye. Additionally, Australia enforces the mandatory reporting of interactions with Threatened, Endangered or Protected (TEP) species. This information is on public record and can be viewed at any time, by anyone. However, sharing these achievements would not fit the scripted narrative of the film.

“In a number of Australia’s commercial fishers it is mandatory for boats to be covered by a Vessel Monitoring Systems (VMS), which is essentially a GPS locator that shows where boats are in real-time to ensure boats remain in the areas they are permitted. In addition, key fisheries in the Australian seafood industry are covered by compulsory electronic monitoring (e-monitoring) which is a system of video cameras and sensors capable of monitoring and recording fishing activities, which can be reviewed later to verify what fishers report in fishing logbooks.

“We don’t want to obscure what is really happening at sea, and we cannot. We are transparent and we are accountable.

“The film then touches on ghost nets, which are fishing nets that have been left or lost at sea in storms, or strong currents. Ghost nets can continue indiscriminately fishing for many years and Australia’s commercial fishers take an active role in reporting and salvaging these nets, and regularly remove them from our oceans. However, the film conveniently excludes the excellent work many fishers do to identify and remove these nets. 96 per cent of ghost nets found in Australian waters are from international fishers and drift here due to ocean currents.”

“Ghost nets are not a big problem in Australia, except for the Gulf (of Carpentaria) which is now on the wane due to some intervention by the Indonesian government,” Riki Gunn founder and coordinator of Ghost Nets Australia said.

“We have seen a significant reduction in ghost nets washing up along the west coast of Cape York which we attribute to the Minister of Fisheries in Indonesia taking a hard stance on illegal/unregulated fishing vessels in the Arafura Sea – which were all international fisheries” Heidi Taylor managing director of Taronga Blue and the Australian Marine Debris Initiative said.

“In general I would say that the Australian fisheries do not contribute a significant amount of ghost net debris to Australia’s marine debris load, they are expensive to lose.”

“In fact, the Northern Prawn Fishery Industry has been commended for working alongside the World Animal Protection to reduce ghost nets in the Gulf through the Global Ghost Gear Initiative,” Ms Papacosta continued.

“Sadly, the film then dives headlong into an embrace of the fictional idea that the oceans will be empty by 2048, which is based on a completely debunked 2006 statistic, refuted by none other than the author of the original study. The 2048 statistic was put to rest by a follow-up report in the Journal Science released in 2009 under the title New hope for fisheries.

“The film then moves to Marine Parks of which Australia has 36 per cent of its waters listed as. A figure which is well-above the international ‘Aichi’ target of 10 per cent by 2020, and 30 per cent target by 2030. However, Tabrizi predictably and conveniently excludes this from the overview and instead laments the global industry for not reaching Aichi targets, which is  a blatant lie.

“Aquaculture is then lauded as a potential ‘method that could provide some kind of solution’ before it is eviscerated with out of date tropes and outright lies. The film later digs up another classic in complaining about PCBs in fish, but never (ironically) mentions that Harvard University research finds seafood broadly, not just farmed salmon, makes up only 9% of the PCBs in the average diet, while products like vegetables make up 20%. Yes, vegetables.

“The film then logs a chapter about labor abuses in the seafood space, along with an earlier touch on Illegal, unreported and unregulated (IUU) fishing. These are serious and concerning topics that the filmmakers bring nothing new to, they do however exclude the efforts of industry to combat these problems. While their interviews with silhouetted victims are heartbreaking, what is really on display here is, as the New York Times put it, a ‘cheap imitation of hard-hitting investigative journalism’.

“In the end the film sputters to a close with what is essentially a predictable commercial for highly processed plant-based alternative products. Which are problematic in and of themselves. What the film fails to do is provide any policy discussion, direction or ideas, and completely skips over the fantastic work and world-leading practices of many commercial fisheries.

“Recognising that Netflix is a content purchaser and provider, not a traditional content producer (despite what the credits might say) little good will come from challenging its lack of editorial oversight of this film. Regardless, SIA has reached out to Netflix to highlight its promotion of propaganda over facts. Not even the slick production value and mainstream platform can obscure the film’s propaganda roots and documentary masquerade. In addition, SIA is a member of the coalition of Global Seafood Communicators, which includes 38 members in 17 countries, and many of the coalition members have done the same.

“Just like the broader community, Australia’s commercial fishers care greatly about the health and sustainability of our oceans and fish-stocks.

“Australia sits on the High Level Panel for A Sustainable Ocean Economy with our Prime Minister, Scott Morrison the representative. The Ocean Panel advocates the need for a sustainable ocean economy where protection, production and prosperity goes hand in hand, and Australia’s seafood industry agrees. Additionally, Seafood Industry Australia is actively involved in the United Nations 2021-2030 The Decade of Ocean Science for Sustainable Development.

“As fishers, our priority is the ocean. We advocate the health, sustainability and future of our sea. It’s our livelihood and the future livelihood of generations to come. We fundamentally dismiss any comments otherwise.”

Please click here for a copy of the letter Seafood Industry Australia has sent to Netflix.