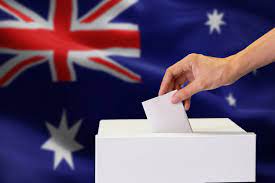 This weekend, Australians will head to the polls to elect the 47th Parliament of Australia. In the lead-up to the Federal Election SIA engaged with and consulted members to develop our SIA Election Pack, and our Political Lobbying Handbook.

SIA is pleased to announce we have received formal commitments from both the Liberal National Party (LNP) and the Australian Labor Party (ALP) to fund a two-year national roll-out of the Stay Afloat mental health program to 50 seafood hubs around the country. This is a wonderful result, and we look forward to being able to provide critical support to our industry members in need.

SIA partnered with the AFTA, BIA and ARFF to write to all political parties on the matter of the management of the Commonwealth Marine Parks network requesting their policy for the next term of government, and a commitment to maintain our robust network in its current form. We have received a commitment from both the LNP and the ALP to maintain the current Marine Park network. You can read a copy of their commitment letters here and here.

The commitment from the ALP to maintain the current plans, and not revert to the Tony Burke era marine parks is a significant achievement and provides surety of resource access for industry.

We would like to thank our recreational fishing and boating colleagues at AFTA, ARFF and BIA for the professional and collaborative relationship which has brought about this win. We acknowledge the power of unity and working together on important matters of shared interest to achieve positive outcomes for all.

The implementation of mandatory Country of Origin Labelling for seafood in foodservice has been one of SIA’s key priorities for the past five years, and a cause championed by industry for decades. Congratulations to all who have joined in advocating for this change. The LNP has made no commitment to mandatory legislation, however they have committed to  the development of an “Information Standard” which will lay the framework for best-practice labelling, and promote a voluntary labelling system.

In partnership with the Commonwealth Fisheries Association (CFA), we have secured a commitment from the LNP to amend the cancellation provisions in the Fisheries Management Act 1991 to clarify the security of commercial fishing rights. “I acknowledge the current cancellation provisions are of concern to industry and that there is merit in clarifying when a license would or could be cancelled. These provisions will be amended in consultation with the sector, to ensure the amendments are successful in addressing industry’s concerns about the extent of the regulator’s powers,” Assistant Minister for Fisheries Senator Jonno Duniam said. The ALP has not responded to this request. We thank the CFA for their hard work and commitment in advocating for this important amendment.

I would like to thank all of our SIA members, along with the broader industry, who engaged with SIA in the development of our Election Pack and with their local member, Senators and candidates to advocate for industry ahead of the election. I would also like to thank the SIA team for their hard work in securing these important commitments and support for our industry.