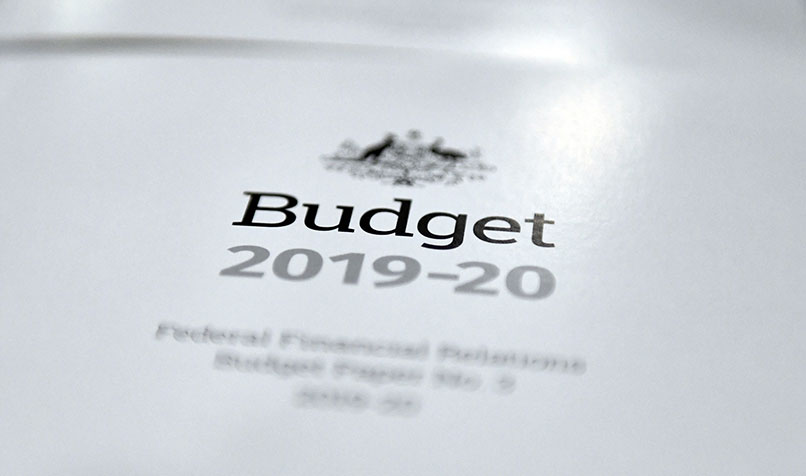 A stronger economy and a secure future, these were the promises from Federal Treasurer Josh Frydenberg when he announced a $7.1 billion surplus, tax cuts and extra funding for infrastructure and services to regional Australia in the 2019/20 budget on Tuesday, April 2.

Last night, the Treasurer delivered the first budget surplus in 12 years and stressed several times that expenditure would be achieved without increasing taxes, while announcing lower taxes for 10 million people and three million small businesses.

We are disappointed that, at this stage, we cannot see anything allocated for our key initiatives including mental health support for the seafood industry, support our social licence and community engagement program, help with marine safety, improving our interactions with petroleum industry, additional resources for biosecurity, security of resource access, promotion of Country of Origin Labelling in foodservice, or a commitment to maintaining the current fuel tax credits scheme.

It is critical for you, our members, and the entire seafood industry get active between now and the election to ensure we receive our fair share of funding and support.

We will be sending out our lobbying handbook next week which will help you to convey to politicians and decision makers exactly what we need. Also, we are also looking at some other simple and effective ways for you to spread the message.

To keep you in the know about last night’s budget SIA has rounded up the key, top-line points of interest. However, with a Federal election looming in May, pollsters are tipping the government will be unseated by a Shorten-led Labor Party, in which case many budget announcements will not be implemented.

For more information on the 2019-20 Federal Budget, or specific points please www.budget.gov.au.