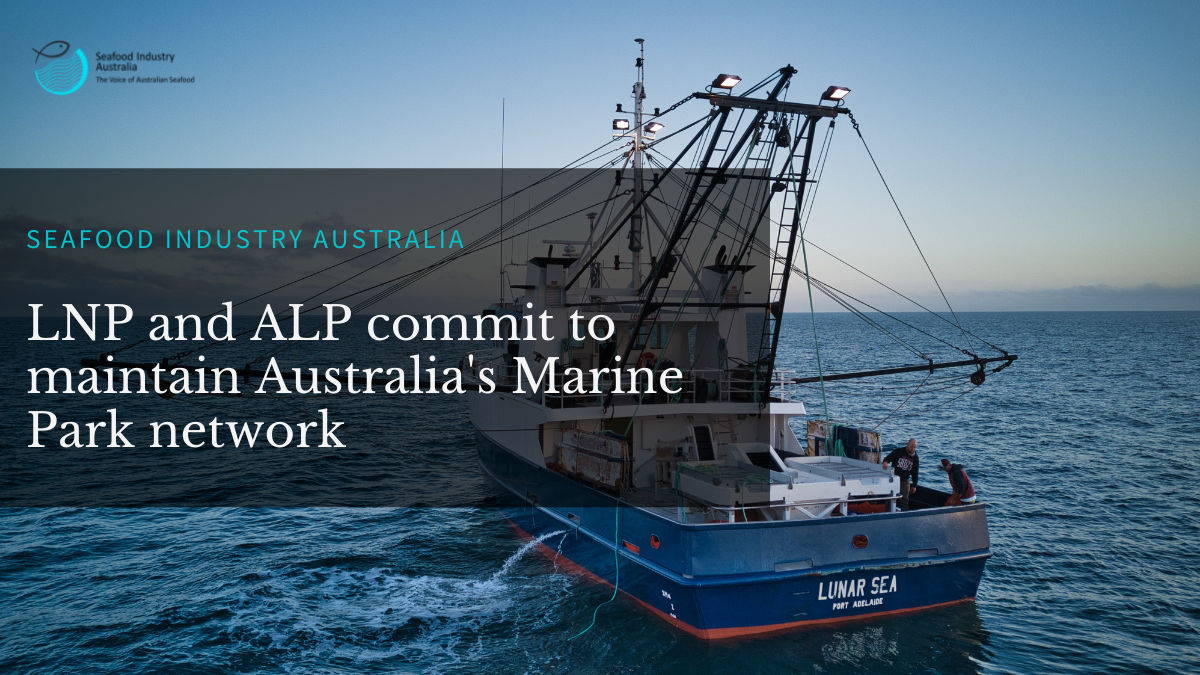 In the lead-up to the 2022 Federal Election SIA has partnered with the AFTA, BIA and ARFF to write to all political parties on the matter of the management of the Commonwealth Marine Parks network requesting their policy for the next term of government, and a commitment to maintain our robust network in its current form.

We are now pleased to announce we have received a commitment from the Liberal National Party (LNP) and the Australian Labor Party (ALP) to maintain the current Marine Parks network following the May election. You can read a copy of their commitment letters here and here.

The commitment from the ALP to maintain the current plans, and not revert to the Tony Burke era marine parks is a significant achievement and provides surety of resource access for industry.

We would like to thank our recreational fishing and boating colleagues at AFTA, ARFF and BIA for the professional and collaborative relationship which has brought about this win. We acknowledge the power of unity and working together on important matters of shared interest to achieve positive outcomes for all.

SIA continues to advocate for the interests of the Australian seafood industry in accordance with the SIA Election Policy, available here, and we look forward to updating you on more election commitment announcements as they happen.

So far, SIA has received/sourced responses from:

Liberal/National Party
“The Coalition Government is committed to maintaining our robust Australian Marine Park network in its current form. We are proud of the balanced approach we have achieved towards ocean management that supports Australian industries and protects our precious marine environment for all Australians.”Click here to read more.

Prime Minister Scott Morrison has categorically stated the Coalition’s position on the fishing industry in a video – click here to watch.

Australian Labor Party
“Labor acknowledges the vital role you played in working with us in government to design the national marine park network. This was a remarkable achievement of which we can all be proud. While in the lead-up to the 2019 election we believed there was scope to consider adjustments to marine park zoning, we accept that since that time the network has been delivered in a settled form. We agree that certainty in park management is critical and so we don’t intend to revisit that matter outside of the statutory review processes.”Click here to read more.

We have requested a similar video from Leader of the Opposition, Anthony Albanese.

Bob Katter Party
“Bob thanks you for the time you have taken to write to him. Your correspondence is appreciated and has been noted.

Whilst other parties might wish to make hollow promises during an election period, Bob has well known stances on key policy areas and often leads debate to promote positive action when matters are in the public arena.

Should you be advocating for positive change we would encourage you to seek the support of Bob and or other politicians following the election period when real change can, and should, happen.”

No response has been received as yet from these parties, and nothing specific noted on their website at the time of writing: