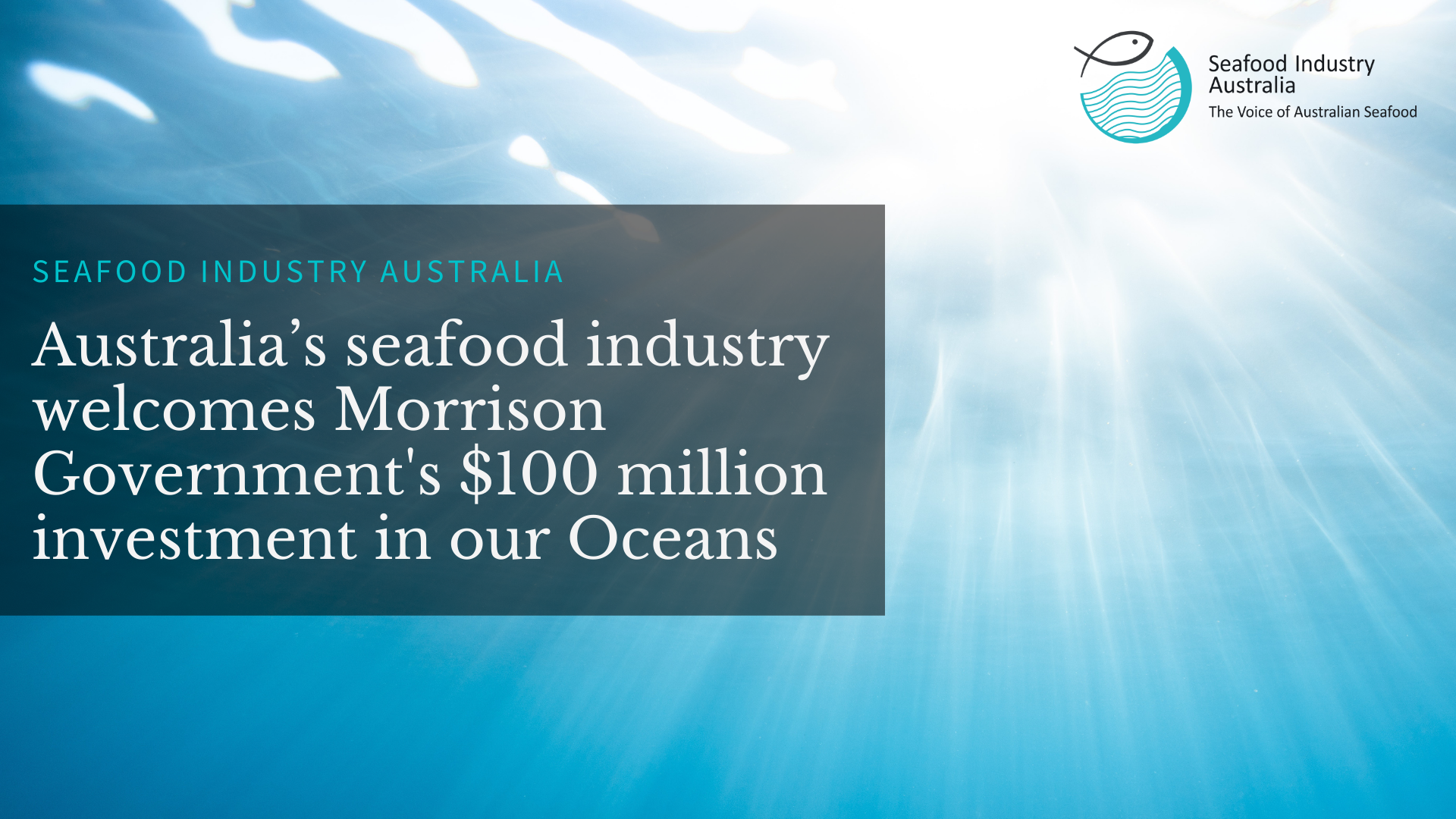 “This announcement sets out bold, yet pragmatic, priority actions to transform how Australia protects and uses the ocean, including an investment of almost $19 million to restore Australia’s tidal marshes, seagrasses, mangroves around the country; and $19.4 million to drive further engagement and connection with the management of Australian Marine Parks.

“The announcement has earmarked $5 million to fund new, innovative ways to support the sustainable fisheries through practical bycatch avoidance measures.

“We applaud Mr Morrison and the Coalition’s commitments to ocean health. As an industry we are supported by robust fisheries management and reporting structures that we must adhere to and we advocate for the global adoption of similar processes. We look forward to working with the Morrison Government to further our world-leading practices.

“Australia’s seafood industry is one of the best managed and most sustainable protein sources in the world. Our oceans support 400,000 Australian jobs and by 2025 Mr Morrison forecasts Australia’s ocean industries will contribute 100-billion dollars to the national economy each year.

“Mr Morrison has advocated the need for a sustainable ocean economy where protection, production and prosperity goes hand in hand, and Australia’s seafood industry agrees. We look forward to speaking with the Morrison Government to understand more about these initiatives, and how together we can drive healthy, sustainable oceans and coastal environments.

“Over recent years, Australia’s seafood industry has worked collaboratively with Parks Australia to develop one the most extensive marine park networks in the world. Australian Marine Parks now cover 3.3 million square kilometres, or 36 per cent of Australia’s oceans.

“As fishers, our priority is the ocean. It’s our livelihood, and the future livelihood of generations to come.”

Please click here for a copy of the joint-Ministerial announcement.

The impact of coronavirus on the Australian seafood industry